Actor Yaseen Mohammed, a famous TV series star is one of 57357 heroes too 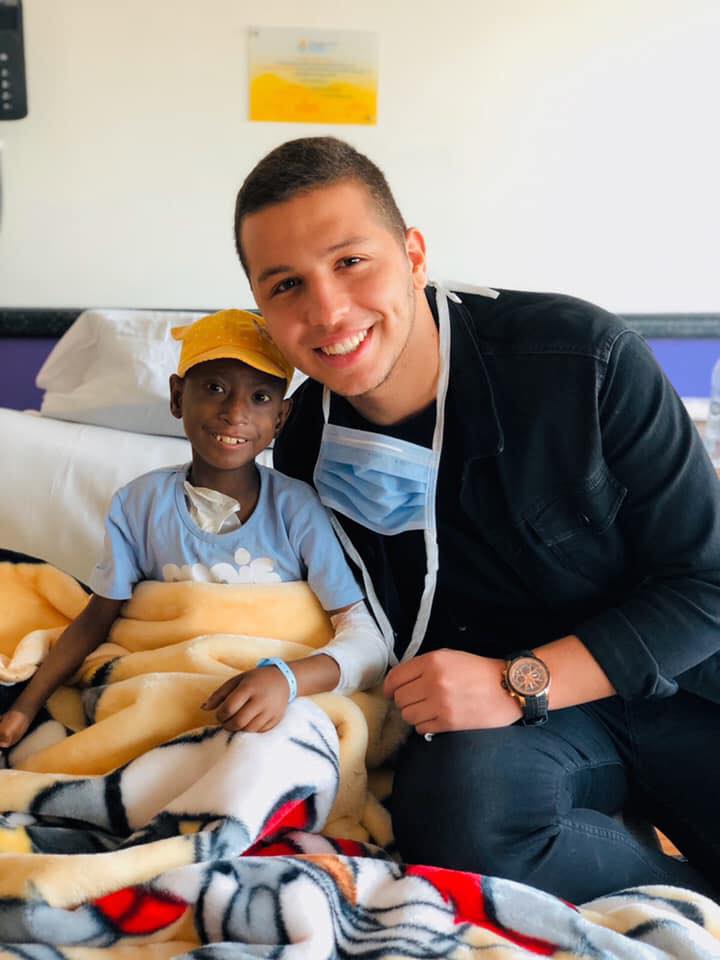 Yaseen, 18 years old, remembers the day that changed his life: he was 17 and during final exams, he was hit by severe pain in his belly. He tried pain killers but the pain recurred several times till it surprised him one night with severe bleeding from his mouth. Yaseen shared with us that his family didn’t tell him about his illness until he was admitted to Hospital 57357 where he discovered that he had lymphoma. “I was scared and despaired, thought about how my life will be turned upside down, and how I would be imprisoned in bed after having an active and care-free life, remembers Yaseen. I felt that my life had ended, especially that my friends’ visits were decreasing until they stopped. Nobody could help me with my sadness except 57357’s team of physicians, pharmacists and nurses as well as the art therapy workshop and the social service departments’ teams. All of the staff became the family who supported me and gave me strength.

In 57357 I was granted a new life, I realized the true meaning of life and friendship. I decided to convert the pain and sadness volcano inside of me to persistence and success. I started to express my dreams in paintings and hanged them in my room in the Hospital, and the most important dream was achieving cure.

During the 135 days I spent in the Hospital I became a different person. I scored important achievements and met new friends. My new friends, doctors, nurses and art workshop team knew that I loved acting and encouraged me to develop my talent. I told a friend that I am dreaming of healing and becoming a famous actor. She published my story on facebook and few days later I received a phone call from Amr Mahmoud Yaseen, the series composer, to offer me an important role in the series. Once again I was encouraged by my 57357 family, I performed the role and became famous while still under treatment.

I owe so much to 57357, so I donated the first payment I received as an actor to the Hospital. My extreme moments of happiness are when I contribute to a sick child’s smile. Here, I grasped the real meaning of life, friendship, giving, and willpower. In 57357, I learned to feel the pain of others despite my own pains. He ended his words saying: I still have a lot of dreams: I dream of becoming the best actor in Egypt and join the aviation institute. After I became famous my friends tried to renew the relationship but I abandoned them.