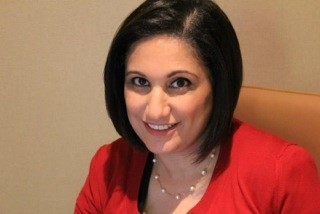 As an internationally recognized expert in Middle East and North Africa affairs, Randa Fahmy Hudome utilizes her 25 years of professional experience, including service in the executive and legislative branches of the U.S. Government, to provide superior advice and counsel to her clients. With a particular focus on Egypt, Libya and Tunisia, Randa builds upon her legal and public policy skills to assist global companies interested in accessing Middle East and North Africa markets.

In 2003, Randa launched Fahmy Hudome International (FHI), a strategic consulting firm which provides critical advice and counsel to Fortune 500 companies, foreign governments, media organizations, and private sector entities with business interests in the Middle East and North Africa. Prior to founding FHI, Ms. Fahmy Hudome was appointed by President George W. Bush to serve as the United States Associate Deputy Secretary of Energy. Working with the White House and the Departments of State and Commerce, she developed and implemented the Bush Administration’s international energy policy. Randa was also the point person at the Department of Energy for increased advocacy on behalf of American energy companies seeking business around the globe. From 1995-2001, Randa served as Counselor to United States Senator Spencer Abraham (R-MI). During the six years she spent in the legislative branch, she was credited with shaping many pieces of legislation that affected U.S. interests abroad, including financial assistance to U.S. allies in the Middle East.

Prior to her government service, Randa was a practicing attorney with the law firm of Willkie, Farr and Gallagher, where she specialized in the areas of international trade and corporate litigation. She received her juris doctor from the Georgetown University Law Center, where she held the post of Administrative Editor of The Georgetown Journal of International Law.