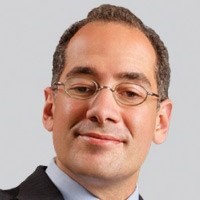 Mr. Hisham El-Khazindar (elected in 2012) is the Co-Founder and Managing Director of Qalaa Holdings, a leading investment firm in Africa and the Middle East.  Established in 2004, Citadel Capital controls investments in excess of US$ 9 billion in industries including mining, energy, logistics, agri-food and building materials. Prior to co-founding Citadel Capital in 2004, Mr. El-Khazindar was Executive Director at EFG-Hermes, the leading Middle East investment bank, where he advised on landmark M&A transactions and IPOs in the region, and where he started his career in 1996. During 1999-2000, he was on secondment to Goldman Sachs in London.

Mr. El-Khazindar is a member of the Advisory Committee of the Emerging Markets Private Equity Association, and a founding board member of the Egyptian Private Equity Association. He also serves on the Strategic Advisory Board of the American University in Cairo’s School of Business, and as a Trustee of the Children’s Cancer Hospital Egypt. He previously served as a member of US-Egyptian Business Council, as well as Chairman of the Capital Markets and Investment Committee at the American Chamber of Commerce in Egypt, and as a board member of the Egyptian Capital Markets Association.  Mr. El-Khazindar is also a member of the Young Presidents Organization, a Fellow of the Aspen Institute’s Middle East Leadership Initiative, and a member of the Aspen Global Leadership Network.  He holds a BA in Economics from the American University in Cairo (1996) and an MBA from Harvard Business School (2003).