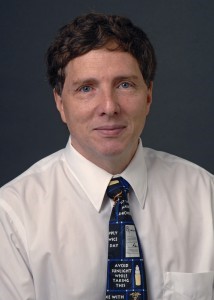 Dr. Kieran received his PhD in 1983 from the University of Alberta, Edmonton, Canada, and his MD in 1986 from the University of Calgary. He completed postgraduate training in molecular biology at the Pasteur Institute in Paris.  After a pediatric residency in Montreal at McGill University, he received postdoctoral education at Boston Children’s Hospital (BCH). In 1998, he became director of Pediatric Medical Neuro-Oncology at Dana-Farber/Boston Children’s. In addition to his role in the treatment of patients with brain tumors and the development of novel agents for the treatment of recurrent tumors, he continues to focus his laboratory efforts on angiogenesis agents from work he started in the laboratory of the late Dr. Judah Folkman.

He is a recipient of many awards including the Nick Palmer Lecture Award from the International Symposium on Pediatric Neuro-Oncology and presents lectures both at home and abroad, most recently at the Children’s Cancer Institute of Egypt and the Beijing Children’s Hospital.

Dr. Kieran is a member of the Society for Neuro-Oncology, the Society of Pediatric Research, and the American Society for Clinical Oncology. He is the editor in chief of Clinical Oncology in Adolescent and Young Adult and serves on the Editorial Board of Neuro-Oncology. Dr. Kieran is an ad hoc reviewer for many journals including the New England Journal of Medicine, Pediatric Blood and Cancer, Cancer Research, and the Journal of Pediatric Hematology/Oncology.

University of Calgary Faculty of Medicine, 1986