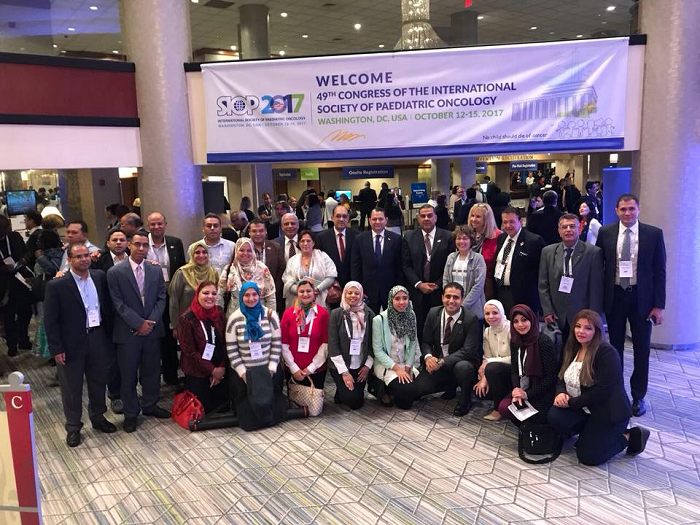 A message from the Egyptian Ministry of Foreign Affairs and the Egyptian Embassy in Washington to 57357: we are proud of you and of the quality care you provide to our children, you are the symbol of hope

In an unprecedented initiative  from the Egyptian Ministry of Foreign Affairs and the Egyptian Embassy in Washington, Ambassador Ayman Aldessouky, the Egyptian consul in Washington, along with major general Khaled Shawky, Egyptian Defense Attaché, visited  Hospital 57357’s delegation of physicians attending the SIOP annual 2017 conference in Washington DC. The visit is sending a strong  message reflecting the Egyptian State’s concern with education and research, as the delegation is presenting 24 research papers in pediatric oncology. We are proud and honored, as Egyptians, of you and of the research you are presenting in the name of Egypt, revealed Ambassador Aldessouky in his address to 57357’s delegation.

Thanks to the Egyptian Ministry of Foreign Affairs, Ambassador Aldessouky and major general Shawky for welcoming and supporting 57357’s delegation. Thanks to ECN for supporting science and research by sponsoring travel and participation costs for physicians attending the conference.