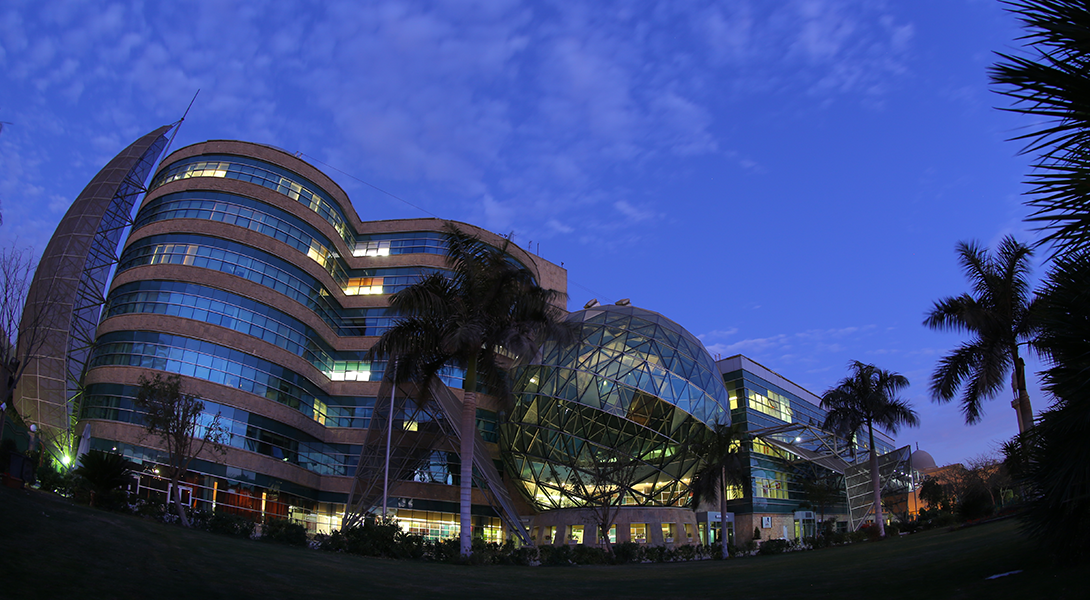 Concerning the imminent start of construction of the building which will house the proton therapy; we had to wait until the underground levels of the new out-patient facility are completed.  The Belgian company that produces the proton will take care of the construction of the building starting next February 2019. RTKL,  the U.S. based world renowned architectural firm responsible for 57357’s expansion design, has already certified the design of the housing construction. This is expected to be accomplished in 15 months and the proton equipment to be in operation by 2020. A team of radiologists and technicians have already started their training to operate the equipment at St. Jude, Memphis and Mass general Hospital, Harvard teaching hospital, Boston.

Two research papers were published in 2018 in prestigious journals. The first one which appears in the International Journal of Radiation oncology  demonstrates that children aged 5 and below have better quality survival with the administration of hypofrationed radiation in the case of diffuse intrinsic pontine Glioma.

Pediatric diffuse intrinsic pontine glioma (DIPG) remains a hopeless pediatric cancer because it is diffuse in the brain and the surgeon is unable to remove the totality of the tumor.  Though  laborious attempts to improve results and advancement of tools and regimens, we are still faced with fatal outcomes. For such a disease we need to consider seriously the quality of life of the patients and to decrease his or her burden and that of the family. The published research paper demonstrates that hypofractionated radiotherapy, in a dose of 39 Gy in 2.6 weeks has proved non-inferiority to conventional 54 Gy in 6 weeks. Hypofractionation decreased the treatment over-all time to less than half without increasing immediate nor late effects.

The second research paper appears in the Journal of pediatric Orthopaedics and demonstrates the reconstruction of the scapula( the shoulder bone)  in pediatric and adolescent patients after total scapulectomy in a sample of 10 patients with Ewing sarcoma of the scapula for whom the scapula was removed, irradiated and then re implanted again in lieu of a prosthesis. Ewing sarcoma of the scapula is rare. Restoration of shoulder function after total scapulectomy is difficult. The research study demonstrated that extracorporeal irradiation and re-implantation ( a well-known method of biological reconstruction in orthopedic oncology) of the scapula  provided a stable support and an adequate postoperative range of shoulder elevation. A longer follow-up study is needed to evaluate the progression and effect of this procedure with respect to restoration of shoulder function.