Mahmoud is fighting brain cancer: He started the follow-up phase and wishes to celebrate his next birthday in 57357 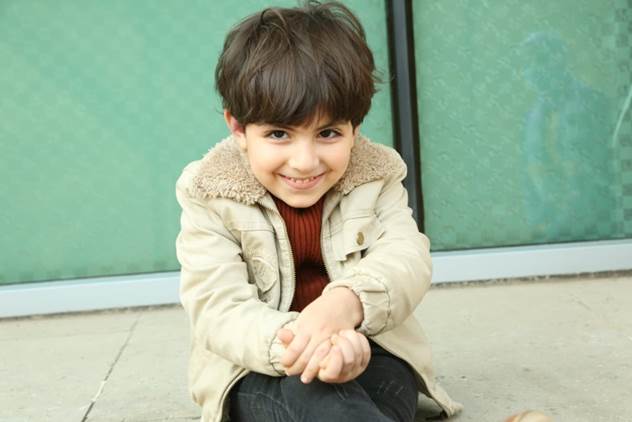 Mahmoud’s mother: your donations were behind my son’s survival, each offering saves a child in 57357

“I wish to show up on TV to ask people to donate to 57357, so that my friends would find cure. I wish to become a superman like the one that appears in the Hospital’s ad,” With these words, Mahmoud expressed his love for the Hospital. Though he is only 4 years old, he is able to appreciate what the Hospital is doing to offer the best care and treatment to its patients.

We were admitted to the Hospital in February, 2019, when Mahmoud was only 2 years old, reveals the child’s mother. “He complained from pain in the head and was unable to sleep. I couldn’t believe that my son was hit with brain cancer. When I met with Dr. Ahmed Ibrahim, upon receipt of results of x-rays and tests, he told me that Mahmoud suffered from brain cancer, and that his condition was complicated but  that they were going to do their best”, added the mother.

“I was terrified of losing my son; but when I met a patient whose case was more complicated, who was doing well and improving,  I was reassured though my son was unable to sleep because of the severe pain resulting from the tumor. 57357’s staff are known for their kindness and compassion, they took care of my son as well as other children with patience and love”, shared Mahmoud’s mother.

Mahmoud had to go through two operations, a shunt and a tumor removal. The doctors warned that as a result, he might get paresis and that his life could be threatened. After 12 hours in the operating room I was thankful and grateful for the miracle: Mahmoud  survived and his condition was good . After the operation he was able to sleep since the pain was gone. Presently, he has completed 35 radiotherapy sessions and he is doing well.

Mahmoud’s condition is stable, and he started the follow-up phase. Two years after the removal of the tumor, his physician reassured his mother that he was no more in danger. “My son is now back to his normal life, thanks be to God, he can play and sleep, says the mother and mahmoud ads: l would like to celebrate my next birthday in 57357, because I love them, the art therapy workshop and Ms. Amany.

“I want to say to everyone, donate to 57357 because your money saved my son. In 57357 every donation saves a child’s life. I want to thank Dr. Ibrahim, the consultant who follows-up on Mahmoud’s condition, Dr. Mohamed Reda, who performed my son’s miraculous operation and Dr. Mohamed Albeltagy. I would like to say to them and to everyone in 57357, may God protect you, you are mercy angels and source of hope in our lives,” said Mahmoud’s mother with a grateful heart.