May:” I owe it to CCHE57357 for realizing my dream of becoming a pharmacist” “I was concerned more about the day I would turn bald after chemotherapy” 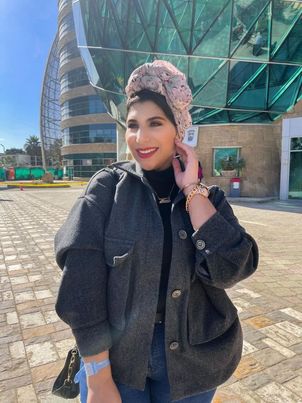 The gorgeous young woman and future pharmacist is still receiving the best follow-up care provided by the children’s cancer hospital 57357 after being treated for chronic myeloid leukemia and getting a Bone Marrow Transplantation.

In 2014, May, the 14 year old girl from Tanta suffered a rise in body temperature that lasted for a whole week.  The GP asked for further investigations which revealed a net increase in the spleen size. Also, the complete blood picture showed an abnormal count of the white blood cells upon which May was referred to CCHE57357.  In September 2014, May was listed among the hematology internal waiting list of the hospital and after nearly three days, the gorgeous young girl started on the prescribed treatment protocol.

“When doctors decided on the treatment plan I was concerned much about the day I would lose my hair to chemotherapy”, shares May revealing that one of her biggest fears during the treatment journey was the day she would turn bald as a common side effect of chemotherapy. Her elder sister used to shorten her hair gradually to prepare her for that stage. “It was less shocking to have short hair strands falling out in your hands instead of long clumps”, May adds.

“The primary doctor  shared with us the side effects of the allogeneic transplant procedure;  his clarifications have helped us to accept all the consequences of the procedure”, reveals May’s sister highlighting that the primary consultant kept the family aware of the possible long term side effects that might take place.

“The sequence  that broke my heart was when she shaved all her hair and came out of her room bald; she didn’t wait until it happens due to chemotherapy’, she added.

After the marrow transplant was performed without complications and May completed a whole year after the end of her journey inside CCHE57357, she started looking ahead to joining the faculty of pharmacy, encouraged and inspired by the care and compassion she received from the medical staff doctors, pharmacists and nurses during her stay at the hospital.

After nearly five years since the last chemotherapy dose, May is resuming her life normally as a pharmacy student as well as a strong enthusiastic young woman.