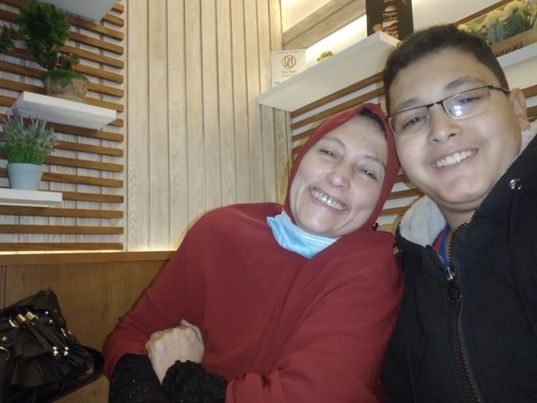 Mohamed developed painful lesions and rash on his face and scalp, strange symptoms that needed to be addressed and required an explanation. His pediatrician suggested his referral to CCHE57357 because of the hospital’s valuable experience within the field of pediatric oncology in Egypt.

Mohamed’s parents traveled from their hometown to Cairo and brought him to CCHE57357’s screening clinic along with his preliminary tests to get an accurate diagnosis of his case.  A few hours passed before a confirmed diagnosis and an immediate admission due to his critical health condition. Mohamed was diagnosed with Langerhans tumor, a rare disease that his family never thought would be of that level of seriousness.

“My son had symptoms for which I couldn’t find an explanation up until we got to Hospital 57357, shares Mohamed’s mother. From the first moment we entered the hospital, we felt a difference that changed our perception  of a charity hospital that is based on donations”, points out the Mother as she  highlights the unprecedented  friendly and professional  environment  of CCHE57357 compared to the ones of other charity healthcare institutions.

“Despite the seriousness of Mohamed’s health condition resulting from having a rare disease, we promised him a successful treatment journey at CCHE57357”, shares Dr. Mohamed Sedky, primary pediatric oncology consultant of our hero, explaining that the disease had spread all over his body before a confirmed diagnosis in CCHE57357.  His family was told that they have to start on an aggressive treatment plan that required six months of hospitalization. Mohamed lasted for 6 months on chemotherapy and his regular lab examinations showed a great response to the treatment regimen.

During Mohamed’s hospitalized period, the care team members in CCHE57357 including nurses, pharmacists, and social service workers contributed to the success of the treatment plan giving Mohamed a chance to resume his life as a cancer survivor.​