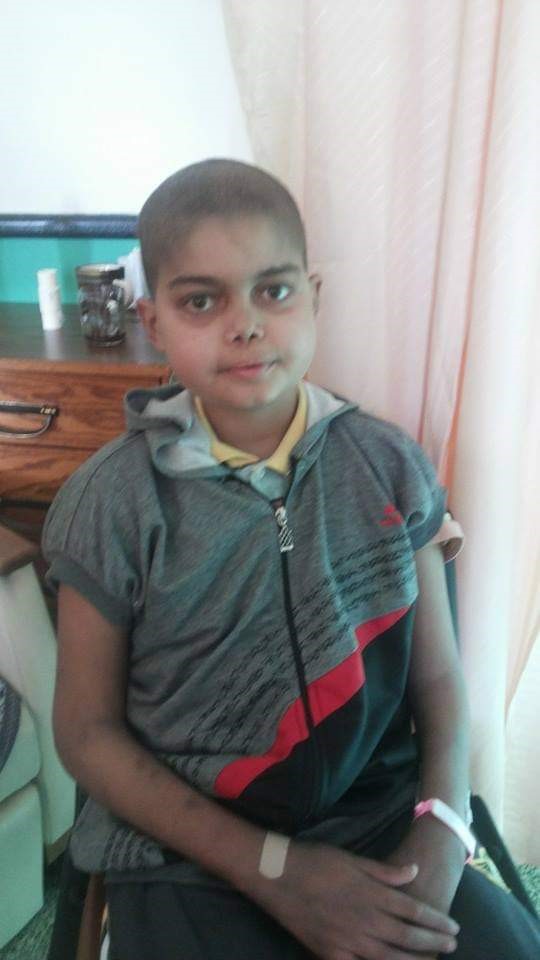 Mostafa was in a deep coma until a miracle happened and he regained consciousness, a new patient success story at the Children’s Cancer Hospital Egypt 57357.

The story of our new survivor started when symptoms of illness came back after he had finished a prescribed course of antibiotics. His parents thought their visit to his regular pediatrician would help and be enough to get the right treatment. Unfortunately, lab examinations which were run by his regular doctor came to confirm his serious health condition and the necessity for immediate referral to CCHE57357.

Hours passed in the waiting area of CCHE57357’s screening clinic before his parents learn about the serious diagnosis of their child. Hundreds of patients visit this clinic, knowing that there they would get a definite answer by a professional caregiver with respect to a positive cancer diagnosis. Mostafa was diagnosed of AML and started his treatment protocol straight away.

After three cycles of chemotherapy Mostafa developed a palatal perforation (a hole in the upper part of the mouth usually caused by a fungal infection due to his immune-compromised condition). The young warrior was sent to the ICU unit at the hospital with a low conscious level.

“I had been working for over 25 years within the field of pediatric oncology and I believe it was one of the challenging cases as it was considered to be a hopeless case but we didn’t give up on him until his recovery’ says Dr.Abeer Mokhles, the primary pediatric oncology consultant of Mostafa at CCHE57357. Mostafa has completed a whole month in the ICU unit on an anti-fungal medication until a miracle happened, and his consciousness level started to improve. A few months later, results of his fungal culture test revealed that the treatment was working effectively and his tumor was also receding. Mostafa has now completed seven years in remission and after a aplastic surgery  was performed to him to close the palatal hole so as to  resume a stable life after his illness ordeal.