Pediatric oncology care from a broader perspective, only at CCHE 57357 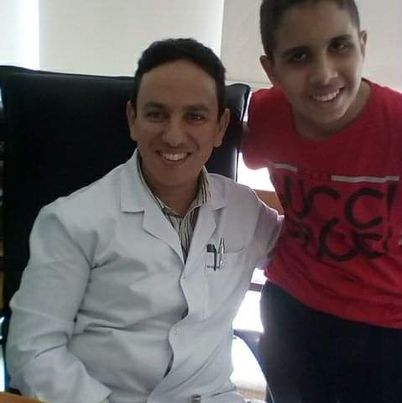 “Dr. Mouttasem, the primary doctor has been very responsive to our concerns regarding our son’s illness and treatment’, says karim’s mother as she shares the story of our new cancer survivor at the Children’s Cancer Hospital Egypt CCHE 57357.

Five years ago, Karim, the 15 year old brave fighter suffered from a severe headache accompanied by vomiting which lasted for nearly a week. The symptoms were too severe and confusing to be treated only with analgesics and antibiotics. Karim underwent a brain MRI which spotted a bleed into an internal spot within a sensitive area in the brain.  Upon his referral to the Children’s Cancer Hospital Egypt 57357, Karim was diagnosed with a brain tumor that required a speedy surgical intervention to reverse the hydrocephalus resulting from the tumor. ” During our first inpatient period, we experienced how the whole care team givers were capable of making all patients comfortable and relaxed including my son”,  shared Karim’s mother about her very first impression immediately after the state of fear and despair she was in upon the confirmation of the diagnosis of her son’s dreadful disease.

“One of our main goals at CCHE 57357 is to deliver hope to families and cure children through offering the best medical facilities and technological advancements, said Dr. Mouttasem El-Aiady, an experienced pediatric oncology consultant at the hospital.

Our little survivor has shown a great response to the chemotherapy however his and his family’s daily life pivoted around the  traveling to and from the hospital to take the chemo sessions. All that time, it was especially difficult for Karim, who missed his little brother, his friends, his school,  and sometimes his home, and his bed.

“No hospital is comparable to the level of caring and compassion provided at CCHE57357, shares Karim, elaborating that at 57357, they are concerned not only with his physical health but also with his mental wellbeing  including the provision of his favorite meals during the treatment period.

Five years after his diagnosis, Karim is a cancer survivor who meets his oncologist, endocrinologist, and cardiologist only for regular checkups.