Pretty Zahra defeated cancer: I held on to my dreams persuading myself that going through each chemo session meant achieving a new victory. 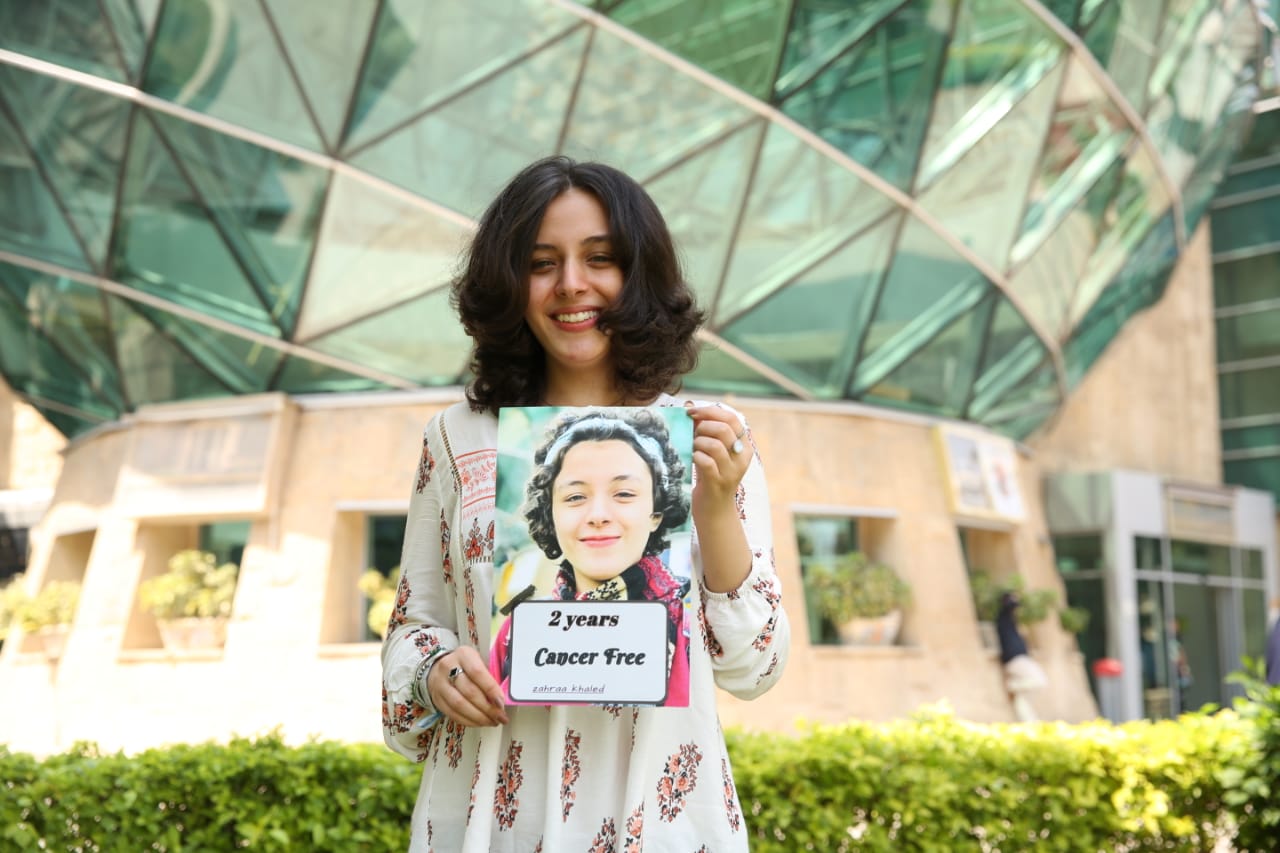 Zahra in Arabic means flower, and she is actually one of 57357’s flowers, behind her pretty peaceful face there is strong will and determination in overcoming her dreadful disease. She is now 17 years. The disease attacked her three years ago when she complained from a mild problem in her nose. Physicians were confused about diagnosing her until her x-rays showed a tumor in her sinuses and face muscles.

Zahra confides in us: I didn’t suffer from acute problems, so I found it hard to believe that I had cancer, even when I noticed tears in my parents’ eyes, and I found myself kept in an inpatient room in Hospital 57357. I didn’t realize I was seriously ill until I found myself on the way to the operating room to undergo a micro surgery to remove the tumor. It is then that I decided to fight back and not to let cancer defeat me. I am passionate about life, and have big dreams, so I was sure that God would help me to be strong.

When I woke up right after the surgery I smiled and thanked God because I was still alive. I thought I would lose my hair during the surgery, but later I was told that I would lose it during the chemotherapy. I like my hair so much, but when I started to lose it I decided not to be sad and to embrace my new look. I used to look at the mirror and persuaded myself that I looked nicer without hair.

During chemotherapy I used to go through moments of weakness and fatigue, but I found refuge in the art therapy workshop. With Amany, Samar and all the art workshop volunteers I used to forget my pains.

Some of my friends have turned away from me, some others didn’t know how to deal with me. They did not mean to, but they used to say annoying words, so I replaced them with many friends at the workshop.  I am grateful to Hospital 57357, its medical team and all the staff who were extremely supportive. My family was of course very supportive too, my mother and I used to cheer ourselves up after each chemotherapy session saying : Thanks be to God, we have realize a new victory over cancer.

Now I am at the last year of high school, and I wish to join the faculty of Mass Communication or Fine Art. I like painting and music, and have many dreams which I look forward to realize. I will never forget 57357 to which I am greatly indebted. I try to pay back by visiting the Hospital and its sick children, especially girls. I try to encourage them to overcome their ordeal by telling them that they are stronger than cancer and that they look good without hair and that they will defeat their illness, God Willing.