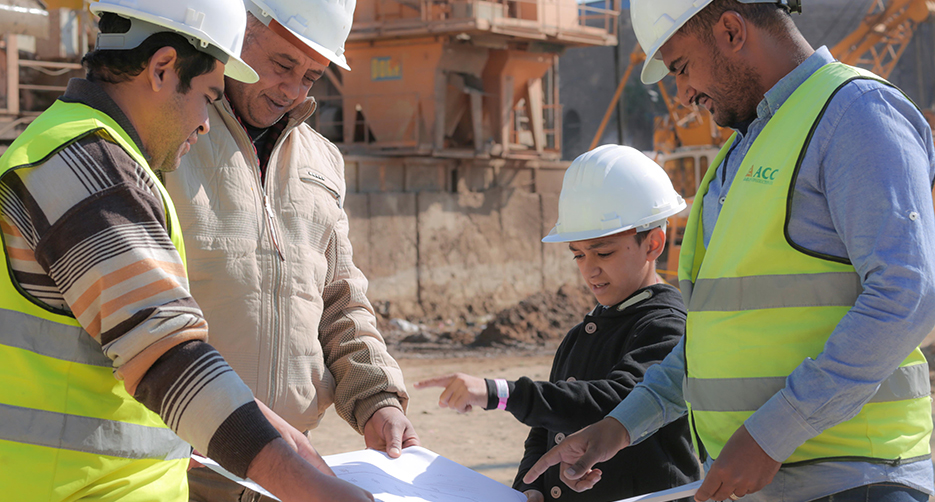 ECN, U.S. is one of the main partners of 57357 on its long term capacity and program expansion journey.

The Children’s Cancer Hospital Egypt (CCHE) 57357 has occupied center stage in diagnosing, treating and caring for children with cancer in Egypt and the surrounding region. Moreover, it has firmly positioned itself as an institution that is in the pursuit of excellence, innovation, quality, and as a model of change in the healthcare field. The 300 bed, state of the art, facility is the largest freestanding pediatric oncology center in the world; having been built and being sustained completely by donations.  After 10 years of operation, CCHE was able to achieve a 74% over-all survival rate (OS) in the average. Soon after it had opened, the Hospital reached 99-100% occupancy due to an increased patient base and increased demand for its quality services. As such, the need for capacity expansion is urgent as clinical and support spaces are stretched to capacity.

Because of Hospital 57357’s achievements and unsatisfied demand for its quality services, EgyptCancerNetwork,57357’s main U.S. based ally and partner, is supporting it to expand.  Egypt Cancer Network’s supporters firmly believe in the worthiness and inevitability of this important expansion, that is why they agreed to fund the architectural design of 57357’s new Health and Sciences Campus which comprise a 300 bed in-patient tower,,an advanced research center, a healthcare sciences training Academy,  a bigger out-patient facility,and the introduction of a new treatment technology, the proton therapy. Previously ECN U.S. donors had also been instrumental in funding feasibility studies which were carried out for each of the components of this capacity and quality up grade expansion scheme.

A vital role was played by one ECN member, Dr. Said Helmy and his firm, IDS Group, in the selection process of the best architectural firm to implement the future development of 57357. Dr. Helmy and his group, along with Consulting firm Solving Efeso Egypt, have been instrumental in the choice of RTKL, the renowned global architectural firm to carry out 57357’s future expansion design. Indeed, 57357’s donors in the U.S. who are mostly Egyptian American immigrants are aware that 57357 is not merely a charitable state of the art healthcare institution but a symbol of change in a large variety of domains ; a platform from which the entire nation could be projected into the next century.

Carrying out this huge expansion will, besides enabling the provision of quality cancer care to an increased number of cancer patients, result in a stimulus injection to economic activity and job opportunity creation in Egypt. The new complex will first and foremost allow the hospital to cater to an additional 40% of  annual pediatric cancer patients over and above the present 40 % it is able to accommodate. Also, for its construction, the expansion complex will potentially employ 15000workers of various levels of expertise in all fields of construction and engineering. Moreover, 3000 healthcare professionals of all levels and fields will be working at the new extension, proton therapy, and research institute units. As for the healthcare Sciences Training Academy, it will be accrediting around 4000 graduates annually not only from Egypt but also from all countries in the region to breed a new generation of healthcare professionals who will raise the standard of healthcare delivery and would be trained to become not just experts but change agents in their own communities.  In association with international partners, the Academy offers world class accredited academic and training  medical and nonmedical programs  in Pediatric Oncology and Healthcare fields.

Currently RTKL is finalizing the detailed design of some of the Campus buildings which are expected all to be completed by 2030.  RTKL was responsible for developing a unique patient and family centered design according to best practice for a pediatric oncology facility and was deeply committed to creating a sustainable fully integrated design between the original building and the new one that will be the first green, energy and waste management efficient hospital in Egypt and the region.

Construction of 57357’s expansion project was formally launched during Ramadan of 2016. The project is adding 5 new buildings to the actual Hospital premises. Construction of the Campus will be phased out with a plan that does not disrupt the operation of the existing facility.