The story of the miraculous survival of Maher under the care and vigilance of 57357’s healthcare team. 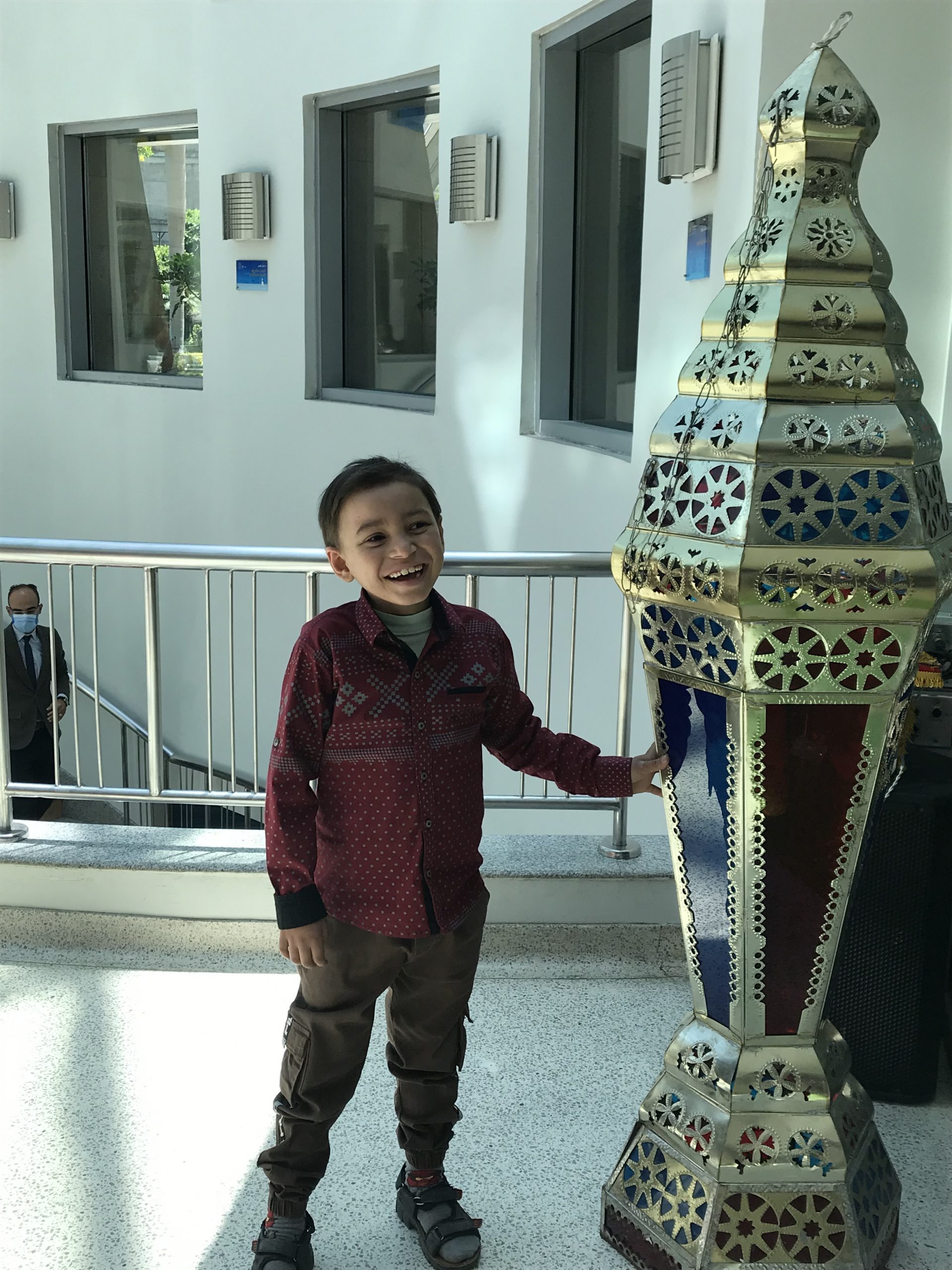 In a bad condition, Maher Zidan, (a 7 year old boy ) knocked at the doors of the Children’s Cancer Hospital Egypt in March 2019 looking for a spark of hope .

After carrying out the standard investigations, Maher was diagnosed with blood cancer (Acute Lymphoblastic Leukemia) and immediately started his treatment journey in 57357.

Shortly after, Maher the young warrior was admitted to ICU with a brain stroke which is a common side effect that was induced by the chemotherapy.

The thrombosis has led to a brain stroke.

“The Clexane injection was a double edged weapon that either protects the patient from a lifetime sequelae or risks his life”, said Ahmed Galal ICU consultant at 57357.

According to medical guideline recommendation, the clot solvent drug is to be used when no active bleeding is observed.  Daily brain scan(CT) was planned by the medical team to monitor bleeding status.

On the 4th day, Maher has given the Clexane, and the miracle happened, his conscious level markedly improved!

“He is in safe hands” Maher’s father told the oncologist when the doctor tried to explain the current medical condition of his son and the next stage of treatment including the degree of risk.

“It was very challenging curing him of cancer while maintaining his quality of life”, said Ahmed Emad, pediatric oncology consultant at 57375.

With a good level of consciousness, Maher has left the ICU after about four weeks and resumed his chemotherapy along with physiotherapy sessions. Four months later of strenuous medical efforts, Maher’s response has been gradually improving and the miracle happened again Maher is showing great response to his treatment plan and is also practicing his life normally.