Wadood’s mom: CCHE57357 has turned the dream of our daughter’s recovery from cancer into a reality 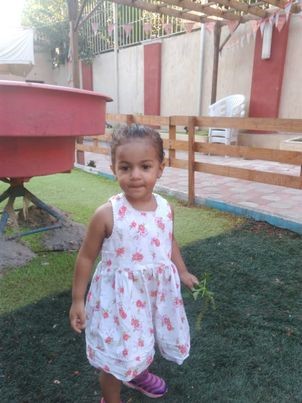 The treatment journey of our survivor started when her first CBC test revealed a low count of platelets, which raised the suspicion of cancer. The three-year-old, Wadood, travelled with her family 99 miles from Damietta governorate, where she lived, to the CCHE57357 Cairo branch.

Preliminary examinations  at CCHE 57357’s screening clinic confirmed what she had been diagnosed with earlier: an aggressive form of blood cancer, AML(Acute Myeloid Leukemia)

“My daughter’s anxiety about injections and medications was incredibly well managed by the nursing team on the fifth floor “, shares Wadood’s mother , appreciative of the nursing team  as they had gone beyond the call of duty. “They used to play with Wadood in order to take her mind off her concerns about the pain she would go through”, added the mom. Regular examinations after the first two chemotherapy cycles showed a lack of response to the treatment protocol and a change in the treatment plan was inevitable. Added to this, the child faced an additional problem of being overweight. Scientific reports demonstrate a direct relation between a patient’s body mass index and the bad prognosis of AML patients.

The doctors decided on a BMT procedure for the baby. Wadood was fortunate as she received a marrow transplant from her brother a couple of days after ending the chemotherapy cycles, and it went smoothly. Three months later, Wadood’s regular examinations after the successful BMT procedure showed that she had recovered from cancer, having retained from this ordeal only good memories of friendship with 57357’s caregivers.